The Honda Civic makes it mark as a reliable compact car, which has been stealing hearts for over 40 years. It continues its reputation of being a versatile car, offered in coupe, sedan, and hatchback body styles. The vehicle remains one of Honda's most affordable vehicles, talk about a bang for your buck!

The 2014 Honda Civic received many exciting new changes for the year. These changes included all of the models receiving new touch-screen infotainment interface, and the five-speed automatic was replaced by a CVT. Also, the coupe received various appearance changes and suspension. There has also been an improvement in the mileage estimates for all of the available models.

The 2014 Honda Civic offers people a wide variety of styles, which includes vehicles from the sporty Si coupe and sedan, to the impressive hybrid and HF. There are three different engines that are offered, with a bunch of transmission options. For the base LX model there are a variety of standard features, which include a 5-inch display screen, a USB port, a four-speaker audio system, and Bluetooth. Even though the EX trim is more expensive, they do have impressive features. These are a passenger-side blind spot camera, push-button start, a moonroof, and an upgraded infotainment system with a 7-inch display. The EX-L trim adds heated front seats, a power-adjustable driver's seat, and leather upholstery. The Si adds many of the same features as the EX trim, however a more powerful engine is added as well.

The Honda Civic is a safe vehicle, with high safety scores to confirm. The National Highway Traffic Safety Administration gave the vehicle a high rating of five stars for the overall safety. The vehicle also received four stars on both front and rollover crash tests by the NHTSA. Meanwhile, the Insurance Institute for Highway Safety gave it a Top Safety Pick+ designation. This shows just how safe this vehicle is.

If you are looking for a 2014 Honda Civic for sale in Toronto (GTA), then look no further! We have one of the biggest indoor showrooms in the GTA, and we offer clients a wide selection of vehicles. Our dedicated sales staff are here to make your auto shopping experience fun, easy and financially advantageous. Serving the TORONTO and the surrounding area, we are your premier retailer of Pre-owned Honda Civic vehicles. 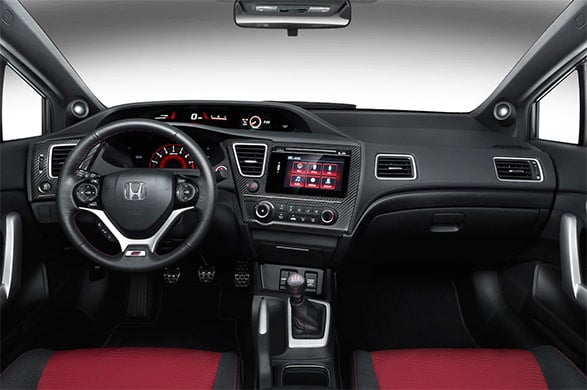 Ask the Seller for a CARFAX Canada Report

What is a CARFAX Canada report?

What does CARFAX Canada tell you?

Why ask for a CARFAX Canada report?

By clicking “Send Email to Seller”, you agree to our terms of use and privacy policy. Your message will be emailed to the poster and not made public.